Last night, I attended Vin Scully Appreciation Night at Dodger Stadium, and it was a wonderful, heartfelt celebration of Vin’s career. I decided on a whim to go and bought tickets off StubHub a few hours before the game.  I’m so glad I did!

Upon arrival, we were given a lovely thank you letter Vin had written for the fans. It’s on nice card stock and came in a blue envelope.  It was neat to see that most of the fans had arrived in time for the 6:30 PM tribute. People tend to think LA fans don’t care because they show up late, but the reality is: TRAFFIC.  It took us almost ninety minutes to drive eleven miles to get to the game, as it was Friday and rush hour.

The evening began with a video tribute narrated by Bob Costas. Many Dodgers legends and other baseball heroes spoke about Vin in the video. They revealed Vin’s top two calls of all time (as voted by the fans):  (2) Sandy Koufax’s perfect game and (1) Kirk Gibson’s home run.  “In a year that has been so improbable, the impossible just happened,” said Vin of the Gibson homer, as Gibson limped around the bases. He put so much poetry into his work. What a gift to be able to come up with lines like that on the fly!

Vin’s broadcasting partner Charley Steiner was the emcee for the tribute. Jaime Jarrin, the Spanish language voice of the Dodgers, spoke about the honor of being Vin’s colleague for so many years. Sandy Koufax said that Vin used to go to church before World Series games – not to pray for a win, but to pray that no players would be the goat. He said Vin has a deep appreciation for anyone who has ever played the game and really cares about the players.

Mayor Eric Garcetti gave Vin a key to the city. Clayton Kershaw, Dodgers chairman Mark Walter and MLB Commissioner Rob Manfred said a few words. Kevin Costner spoke while music from Field of Dreams played in the background, and he brought most of us to tears (including this Cardinals fan).  I know the music helped stir emotion, but so did everything he said about Vin’s place in baseball history, which demonstrated how lucky we have all been to hear Vin for 67 years.  67 years!! Costner also made us laugh, referencing his brush with Vin in For the Love of the Game: “You called my imaginary name in my imaginary perfect game and nobody can ever take that away.” 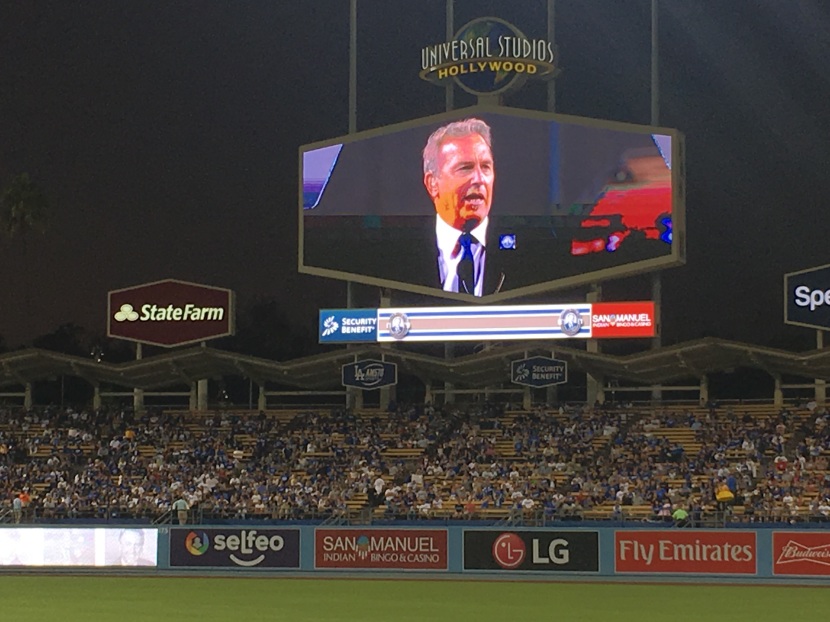 Vin took the stage and expressed his gratitude to his family, the Dodgers organization, and especially to the fans. He received a long standing ovation.  We could see the emotion on his face and his wife Sandy’s face.  Vin said when people ask him what he’s going to do in retirement, he says, at age 88, he’s just going to be happy to wake up each day. He also said if he gets bored, he’s sure his kids, grandkids, and great-grandkids will think up ways to keep him busy.  And he closed his speech with his signature line: “It’s time for Dodger baseball!”

John Williams conducted a special arrangement of the National Anthem, played by members of the LA Philharmonic. We hoped he would stick around and play the Imperial March, but no such luck.

There was another great ovation for Vin, as they played a recording of him singing “Take Me Out to the Ballgame” during the Seventh Inning Stretch and shone a light on him in the broadcast booth. They unfurled a banner from the press box that read: “I’ll miss you” (with Vin’s signature).  The Dodgers won the game, and the Friday Night Fireworks were punctuated with clips of Vin’s classic calls.

It was a long night, and we didn’t leave the stadium until after midnight, but it was great to be a part of baseball history.  I thought of Jack Buck often during the tribute. Jack and Vin are two icons, and having lived in St. Louis and Los Angeles, I feel very lucky to have experienced both of them as the baseball soundtrack of my life.  Happy Retirement, Vin, and thanks for the memories!

Check out all my pictures from Vin Scully Appreciation Night

Sparked by opposite
first inning from yesterday,
Cards offense breaks out!

Wong faceplants and we
all facepalm as sloppy first
inning undoes Cards.

This is the tastiest Cardinals recipe I’ve made so far! I’ve got to hand it to Teresa Landrum. With six recipes, she was one of the most prolific contributors to Cooking with the Cardinals.

Unlike Jack Clark’s Cake, which called for using box cake mix, this cake is made from scratch.  Here’s the recipe… 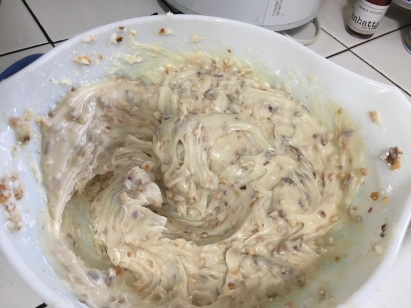 This cake was simple to make. I baked it about 35 minutes as it didn’t seem quite done at 30 minutes, but that might just be my oven. The cream cheese frosting was especially delicious. I shared it with neighbors and everyone raved. The cake was tasty while it was still a little warm, but I liked it even better after it had been in the fridge.  The cinnamon gave it a bit of a spice cake feel, and it complemented the pumpkin well. It’s the perfect cake for this Fall season. You could rename it Pumpkin Spice Cake to be trendy.

After spending eight years in the minors, Tito Landrum played on the winning teams of back-to-back World Series’ in 1982 (Cardinals) and 1983 (Orioles). After one fruitful season in Baltimore, he came back to finish his career with the Cardinals. Tito also was a key player for the 1985 Cardinals, playing in another World Series as a stellar substitute for Vince Coleman after Vince was maimed by the tarp. After baseball, he became a physical therapist. He was the honorary valedictorian of his NYU graduating class.

Tito and Teresa met at a nightclub in St. Petersburg, Florida. They have two kids, Melissa and Julie. Julie Landrum is married to Paul Pierce of the Boston Celtics. 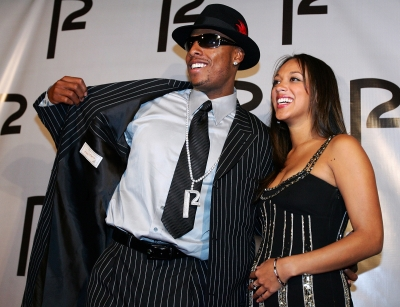 Tito and Teresa divorced in 1986, and he remarried Carol Williams, who encouraged him to go back to school after baseball. It appears that Tito and Carol are still together today, or at least they are working together at Premier Lab Associates.

Regarding the pumpkin cake, Teresa wrote, “This is one of the best cake recipes we’ve collected in our travels over the years. This and the Granny Cake recipe come from a very dear friend in Carmi, Illinois.”  The Granny Cake will definitely be on my list of recipes to try – hopefully it isn’t made of grannies.